Choosing the proper equipment is essential for all gamers. Even if you’re just playing for fun, having the gaming gear that suits you can do a whole lot to improve your experience.

It can be tough finding the right match for you, probably even more if you’re left-handed as the market is still somewhat limited to the “regular” set up for right-handed people. To be honest, the market for left-handers when it comes to wireless gaming is basically non-existent. However, there are a few ambidextrous options out there (products designed for both left and right-handed). 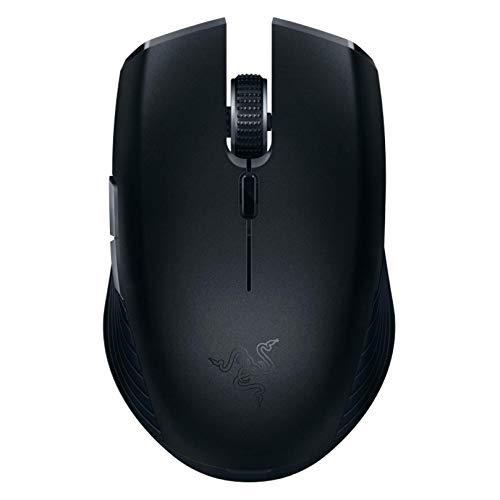 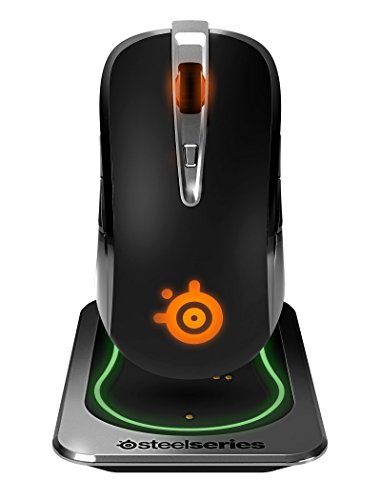 As I mentioned above, there are three things to look for when you are considering buying a wireless mouse for gaming. Since the market is still very limited in this field, especially for left-handed people, it was tough finding the best ones.

Logitech has however shown great promise in all areas that I’m looking for, while still not going too high with the price tag.

This mouse allows you to connect in three different ways.

It takes about 2 hours to charge the battery and you can expect about 24-32 hours depending on usage, which is actually a good score considering that you can still use it while charging.

Like with many of their gaming products, this mouse is also compatible with the Logitech software when connected through wired. It will give you options in terms of the lighting color, adjusting the buttons, and most importantly, it will adapt to your favorite games automatically. Within the software, you can also adjust the DPI to your liking and the surface you’re using it on.

The buttons on the side are popped on and off with magnets and you will have plain sides included if you don’t want any buttons in place. This is a great feature as many people, including me, rarely use so many side buttons.

In terms of design, it is a pleasing view but it’s not really in my personal taste. Logitech uses a different design than others in the way that the clicking-pads are sort of flipping out. This means that there’s a space in between the clicking-pads and the sides where your thumb and ring-finger generally goes if you’re seated like me. It isn’t a big deal but I prefer it personally when there’s no space in between and this might be something worth considering.

However, for being priced in the upper midrange for a wireless mouse, this is my winner in this review. The fact that you can choose to use it as both wired and wireless gives you more options than just one and together with the already decent battery life, it’s the best-balanced choice on a limited market for left-handed wireless gamers.

The Razer Atheris was the second introduction to wireless gaming in their products that were based for both left-handed and right-handed, with the Razer Orochi being the first in its edition.

In terms of design, I believe that Razer really hit it off well by going with the design we’ve seen before while being more open to all styles of gaming.

Razer’s software called Synapse allows you to configure the buttons and sides to your liking. There are however some questions regarding the ambidextrous aspect of it as the forward and back buttons are only placed on one side, which, could be confusing for some left-handed people as this is generally used on a right-handed mouse.

Apart from that, this mouse could be a hit or miss because of the design, due to its tiny size. While it is a very small mouse and has a low weight, you have to remember that the AA batteries you’ll be using will almost double the weight, making it quite heavy for being a smaller mouse.

The battery life is definitly what could make this mouse worth its fairly low price for being a Razer. It claims to have up to 350 hours of battery when using over Bluetooth but Razer does not mention if there will be a difference when using the wireless dongle. Worth mentioning is that you can use this mouse either with the 2.4GhZ wifi option or through Bluetooth.

One concern about the connection is that you’re limited to only using it wirelessly. As it’s a small mouse, it can be the perfect choice for traveling, however, the wifi dongle has been reported to snap out of its casing and this is something you should be extra careful with.

However, for being a fairly cheap mouse coming out of Razer with the great battery life, it could be the perfect addition for an extra mouse. It would however not be my first choice in the long run.

Just like Razer and their commonly used design, SteelSeries has also adapted to creating ambidextrous wireless mice that follow the same common design as their previous.

Included with the mouse is a neat charging pad that allows you to simply connect it through USB to your computer and place your mouse on the pad. The setup is very simple and you can also configure your mouse in the SteelSeries software, changing the color, CPI as well as configuring the buttons. This requires the mouse to be in wired mode, however.

This mouse is completely symmetrical meaning it could be a good choice for left-handed people as well as right-handed if you’re a fan of that type of design.

By using the micro USB cord used for the charging pad, you can also use this mouse in wired mode. This is definitely a feature much needed as the battery life looks very poor compared to others at barely 16 hours with regular use and up to 20 hours in battery saving mode.

While you can still use it as a wired mouse to make up for the low battery life, I am a little bit disappointed in SteelSeries considering their great reputation with other wireless products.

Also, the price tag is quite high for being a wireless mouse and not everyone can afford it. It is, however, a mouse worth considering from an ergonomic standpoint as it could be the right mouse for you if you’re left-handed and don’t mind the battery life.

What should you look for in a wireless gaming mouse? Is it worth going wireless?

There are three things in my opinion that define what makes a great wireless mouse.

If you’re playing combat games or basically any game that requires quick action at times, reaction time and speed is everything. While a wired mouse will often beat wireless mouse in terms of speed, there are better and worse options on the market when it comes to wireless.

Just like with any technology, especially for gaming as we all know it can keep us locked in our chairs for hours, ergonomic factors can play a huge role in the long term. This goes for all our gaming equipment.

Using a proper chair that doesn’t strain our back, a desk that doesn’t put a load on our shoulder, and in this case, a mouse that doesn’t put a strain on our wrists. In a world where left-handed people are less common than right-handed, it can be tough finding the comfortable choice for your needs.

This is where wireless products will always fall short sadly, it’s just the way it going to be. We give up constant powering when we use any wireless products. This is, however, something that can be overcome as we aren’t using our products 24/7.

This shouldn’t scare anyone off from using a wireless mouse as they can still work great with reasonable battery life, there are however some choices that are better than others.

What do DPI and CPI mean?

If you’ve ever been out looking for a gaming mouse before, you’ve probably heard of DPI or CPI before.

CPI (Counts Per Inch) is referring to how many steps a mouse has to take when it moves an inch. In a more simple sense, it is a way to measure the sensitivity of your mouse.

DPI (Dots Per Inch) however is referring to how many individual dots can be placed within an inch. It is actually a measurement most commonly used within printers, but it has made its way into mice these days.

The correct way technically would be to use CPI in terms of computer mice, but as you’ve probably seen, DPI is still the most widely used term to describe the sensitivity of a mouse. This can indeed be quite confusing as some companies like to use DPI and others use CPI.

You can use either as it kinda has the same meaning within computer mice. However, from a correct technical standpoint, CPI is the correct measurement to be used.

Do all left-handed people need a specially designed mouse?

Is a wireless mouse slower than a wired one?

Technically, anything wireless will always be slower than wired. This should not scare anyone off from using wireless products as most people would rarely notice the difference. As we’re continuing to evolve in technology, the wireless vs wired is becoming less noted as many improvements are being made.

It goes without saying though, if you are really serious about your gaming and you have an eye for small details, you might want to stick with wired mice.

I hope this article has given you some insight for your next purchase. Having a different way of using our hands shouldn’t affect the way we game and I hope we continue to see more ambidextrous gaming mice on the market in the future.